Egypt travel advice: is it safe to go? 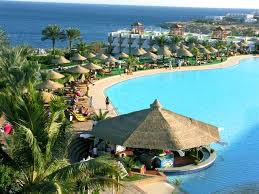 As Egypt reels from the worst violence in decades, the nation’s vital tourism industry seems certain to suffer. Egyptian security officials are forcefully dispersing sit-ins, resulting in a spiralling toll in deaths and injuries, while the country is under emergency law until further notice. So what to do if you’re already booked to holiday there?

The Foreign Office (FCO) currently advises against all but essential travel to the country, except for the Red Sea resorts, such as Sharm el-Sheikh and Dahab. Meanwhile, the Egyptian daily newspaper al Alhram reports that the ministry of state for antiquities has closed all archaeological sites and museums across Egypt.

British Airways says it has altered flights schedules to Cairo so that they do not land in the evening, into the dusk-to-dawn curfew that has been imposed across the capital and other major areas. “We are keeping the situation in Egypt under constant review,” a British Airways spokesperson said. “We are also offering customers the option of rebooking to a later date, or to another destination.”

Britain’s biggest travel operator, Thomson and First Choice, states: “The majority of our customers are in Sharm el-Sheikh which is a considerable distance – indeed, an eight-hour drive – from Cairo. There have been no related incidents in Sharm el-Sheikh or any of the other popular Red Sea tourist areas.” Booking conditions for the resort destinations of Sharm el Sheikh, Marsa Alam, Taba and Hurghada remain “as normal”, with tourists flying into the resorts airports. The operator currently has 11,769 British tourists in Egypt.

The vast majority of travellers heading to the Red Sea resorts fly there directly. EasyJet runs flights to Sharm el-Sheikh, which land outside of curfew hours. A spokesperson for the airline said the company can refund tickets that have already been booked, but added they haven’t seen any demand for this.

The UK travel association Abta also states that conditions relating to travel to Red Sea resorts are continuing as normal, although customers travelling outside of this area “will be offered the option of deferring their date of travel, transferring to another destination or having a full refund for as long as the advice remains in place”. It assures that: “Red Sea resorts are largely self-contained and autonomous with the majority of customers staying in large complexes, often all-inclusive with a wide selection of bars and restaurants.”

But the FCO has further cautions on what travellers should do when they actually get to these resorts. Its latest statement says: “Travel advice for Red Sea resorts remains unchanged but local authorities in Sharm el-Sheikh have temporarily stopped tourist excursions. In Hurghada the police have advised tourists to remain within hotel grounds. We advise British tourists to follow the regulations set by the local authorities and to obey curfews. British tourists should also ensure they keep valid identification with them at all times.”

Travel journalist Matthew Teller, who specialises in the Middle East, says that there is an inherent difficulty around travel advice in such cases.

“What the FCO does or doesn’t say rules the roost in terms of what tour operators can and can’t offer clients.” Even if it doesn’t seem like you can do much while you’re there, major tour operators aren’t likely to let you change plans if you’re booked to travel to an area the FCO has deemed to be safe for travel.

Meanwhile, cruise operators MSC, Costa and Holland America Line are all reported to have pulled their Egypt-bound ships. This latest crisis will be a sharp blow to the Egyptian tourism industry, which is struggling to recover in the turbulent period following the uprising of 2011, which deposed Hosni Mubarak.

In 2010, a record 14m tourists arrived in Egypt and the industry represented 13% of GDP, directly or indirectly employing one in seven workers. But even before the recent crisis, the Egyptian tourism federation estimated hotel occupancy rates in Cairo to be around 15% while in Luxor – the site of the Valley of the Kings, that figure was barely in single digits.